Through the vagaries of war and of peacetime financial crises, linen production would rise and fall and linen product would bring purpose to the defence of the realm.

“Doek” is Dutch for cloth, which evolved into use of the English word “duck” to describe sail canvas. The sails of merchant, Royal and Imperial Navies were all made of linen and significant yardage was produced in all the east coast ports of Scotland. Ship cargos were transported in sacks made of rough low-grade linen and fragile goods were protected with padding of linen rag.

Covering and tenting fabric was most often linen, the word tarpaulin deriving from the process of spreading a tar over heavy duty linen to serve as protection from the elements.

Rope works were all originally sited near to places where flax was grown: remnants left once the inner plant fibres were released went to make rope and twine. Tow was the name of a coarse heavy linen, giving us the term tow rope.

Military uniforms were originally all made of linen and meant bulk orders for many Scottish linen manufactures with particular effect during the Crimean and American wars.

During the war years of 1914-18 and 1939-45 flax was grown again in many counties in Scotland and factories were revived to spin, bleach, dye and weave linen cloth again. In the second World War linen mills near Aberdeen, Blairgowrie and Cupar were under government direction and factories produced much needed textile; post-war costs involved in treating Scottish flax were prohibitive and they closed.

The Sopwith Camel was the most successful World War I fighter aircraft in the British Royal Air Force: its outer skin was covered in lightweight, unbleached linen with a very high thread count making it exceptionally strong. 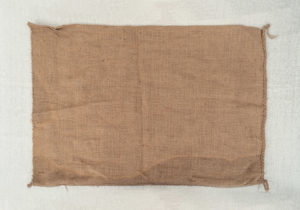 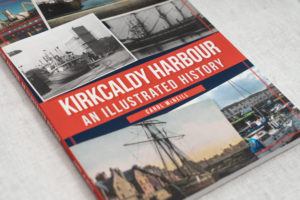 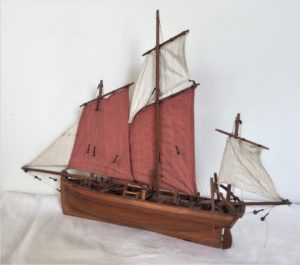