Many of us have a Linen Story of our own: of relatives with a link to lost factories, of treasured linen pieces, of artworks or new designs in linen, flax or composites. If you’d like to share these, we’d love to hear from you: we’ll respect your privacy and will not share your contact details.
Our newsletters and social media feeds displayed here are witness to the unfolding story of our own exhibition, events and tour. 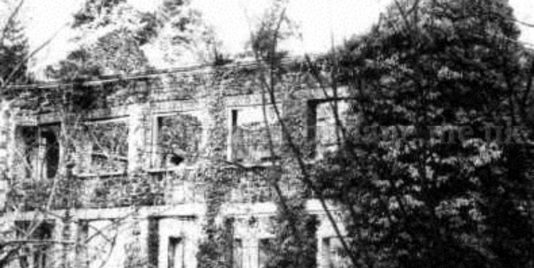 As a child growing up in Northern Ireland we were surrounded by the remnants of the linen industry, which had sadly declined. Many of my family had worked in the linen mills and there were reminders everywhere in the names of the streets and places, where we played. One of my favourite places to play as a child was amongst the ruins of the old Moylena Beetling Mill in Antrim. The rusting water wheel which powered the machinery and now sat frozen in time seemed massive to me as a young boy, but was a great place to play hide and seek. It was only on my first visit to the Ulster Museum in Belfast later that I realised how important the linen industry had been to Northern Ireland and how much of an influence it had had on my family’s history.

THANKS GARY: cracking memories and great pic. I’m in touch with Ulsters Old Mills Society and will follow this story up when we tour to Lisburn in early October. Not as much industrial archaeology available in Scotland but we’re on the hunt! 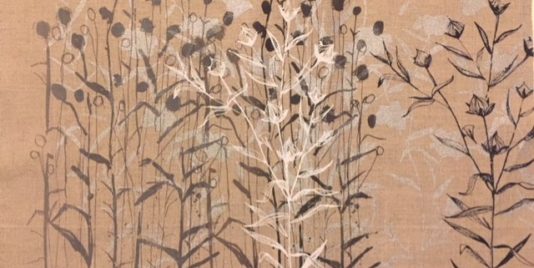 GP Journeys in Design is excited to announce a series of exhibitions, talks and new commissions presenting 12 contemporary designers from Scotland, Ireland and Holland. Exhibition will be open to the public on Saturday 5th May and will run until Saturday 26th May in Leith. The events celebrate the versatility of linen and flax in the context of our shared transnational heritage and will then tour throughout Scotland, N. Ireland and The Netherlands. Gayfield Projects also announces the winner of the inaugural Gayfield Design Commission. Felicity Bristow is an artist from Selkirk in the Scottish Borders and receives a commission of £10,000 in time, materials and residency at a centre of excellence outside Scotland. Felicity will use this opportunity to research and develop her practice in order to produce a small batch industrial design.

Our Linen Stories is feeling thankful at Dovecot.
Photos from Our Linen Stories's post
Dovecot
De-rigg Day at Dovecot
Four days to install and just about four hours to de-rigg, this dream team of professionals made it a doddle: thank you Ben, Eric, Oisin, Lorna and Claudia

Our Linen Stories is at Dovecot.
Dovecot
Thank you

Our Linen Stories
The doors are now open on the final day of #OurLinenStories at Dovecot.

The exhibition is free to visit, and fully accessible. Open today until 5pm. Come and see us before it's too late!

It's far from the end of this Linen Story, but you've only got today (12pm to 3pm) and tomorrow (10am to 5pm) to visit the exhibition before it closes.

Our Linen Stories shared a post.
Thrilled to share a sneak peek of the latest design research from Blessed Unrest - Lorna Brown led Our Linen Stories designer collaboration with her Flax Fields screen prints and brought us her considerable skill as lead Edinburgh Exhibition Design Dovecot . Onward and upwards!

Our Linen Stories
Making more Memories
A pleasure to reconnect with this cracking group, two of whom visited our first exhibition in May 2018. The initiative is the brainchild of Frances Priest and Living Memory Association enabling heritage and contemporary craft to join through Journeys in Design

The doors are now open on the final day of #OurLinenStories at @DovecotStudios.

The exhibition is free to visit, and fully accessible. Open today until 5pm. Come and see us before it's too late! 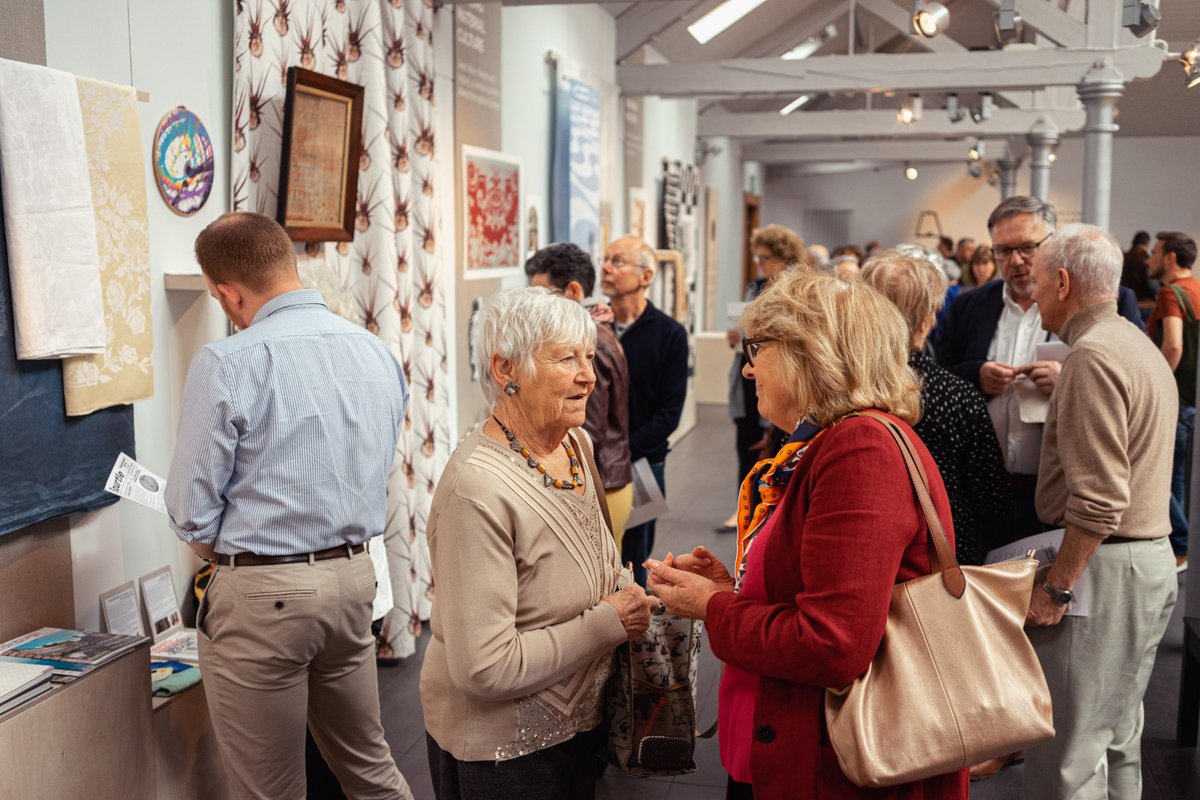 Tomorrow is your final chance to catch #OurLinenStories at @DovecotStudios! Open 10am until 5pm, take your time to explore the rich heritage of the linen industry in Scotland, the vital linen links with other countries, and how flax is being used in contemporary design. https://t.co/q56hYvqZ8Q
View on Twitter 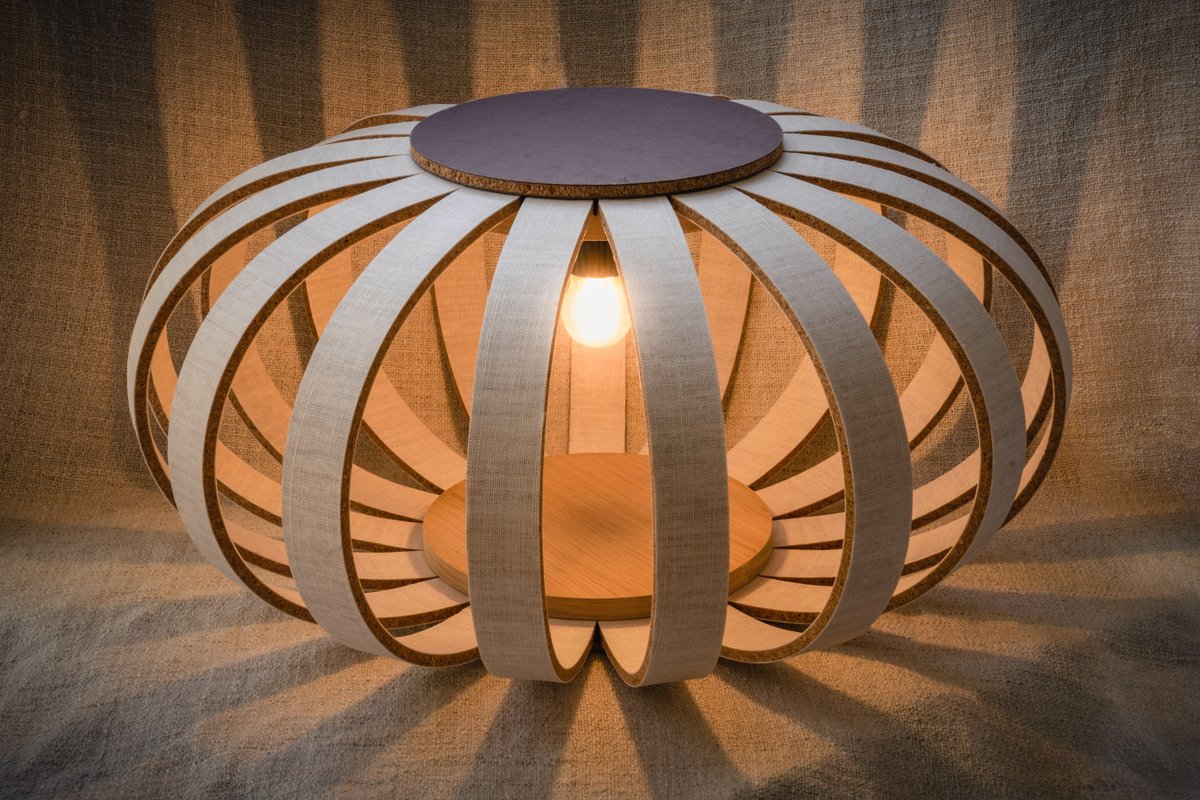 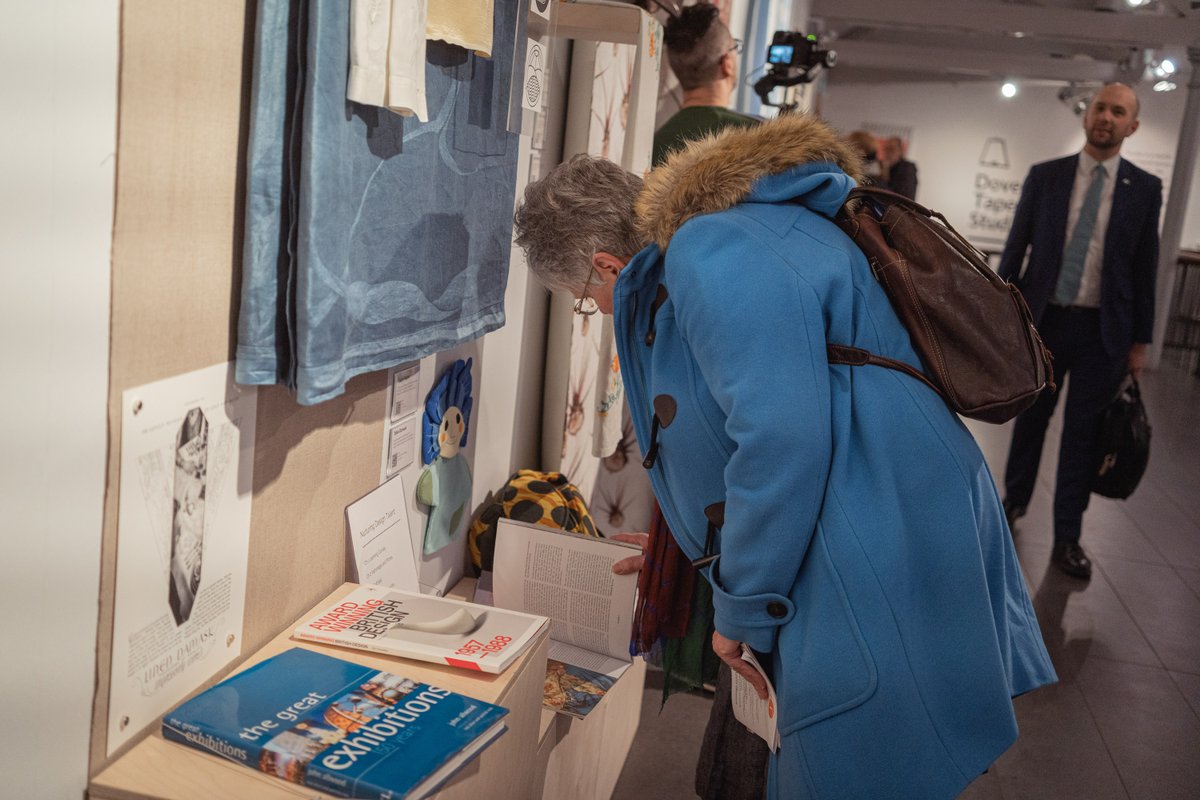 The penultimate day of Our Linen Stories at Dovecot. What an amazing few months it has been!

It's far from the end of this Linen Story, but you've only got today (12pm to 3pm) and tomorrow (10am to 5pm) to visit the exhibition before it closes. (1/2) https://t.co/qq2hrqeRiW
View on Twitter 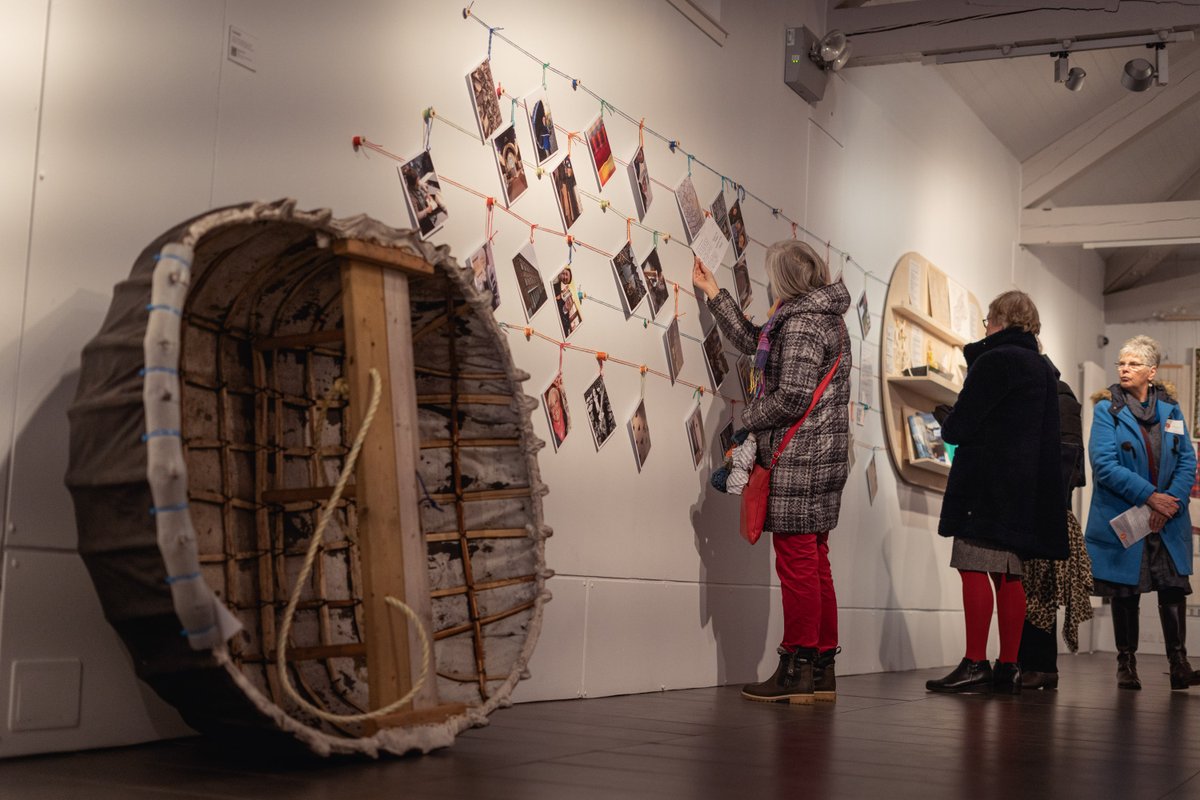 The initiative is the brainchild of Frances Priest and Living Memory Association enabling heritage and contemporary craft to join through Journeys in Design. (2/2) #OurLinenStories #JourneysInDesign @craftscotland @ThelmaScotland https://t.co/daAeWhhiIY
View on Twitter 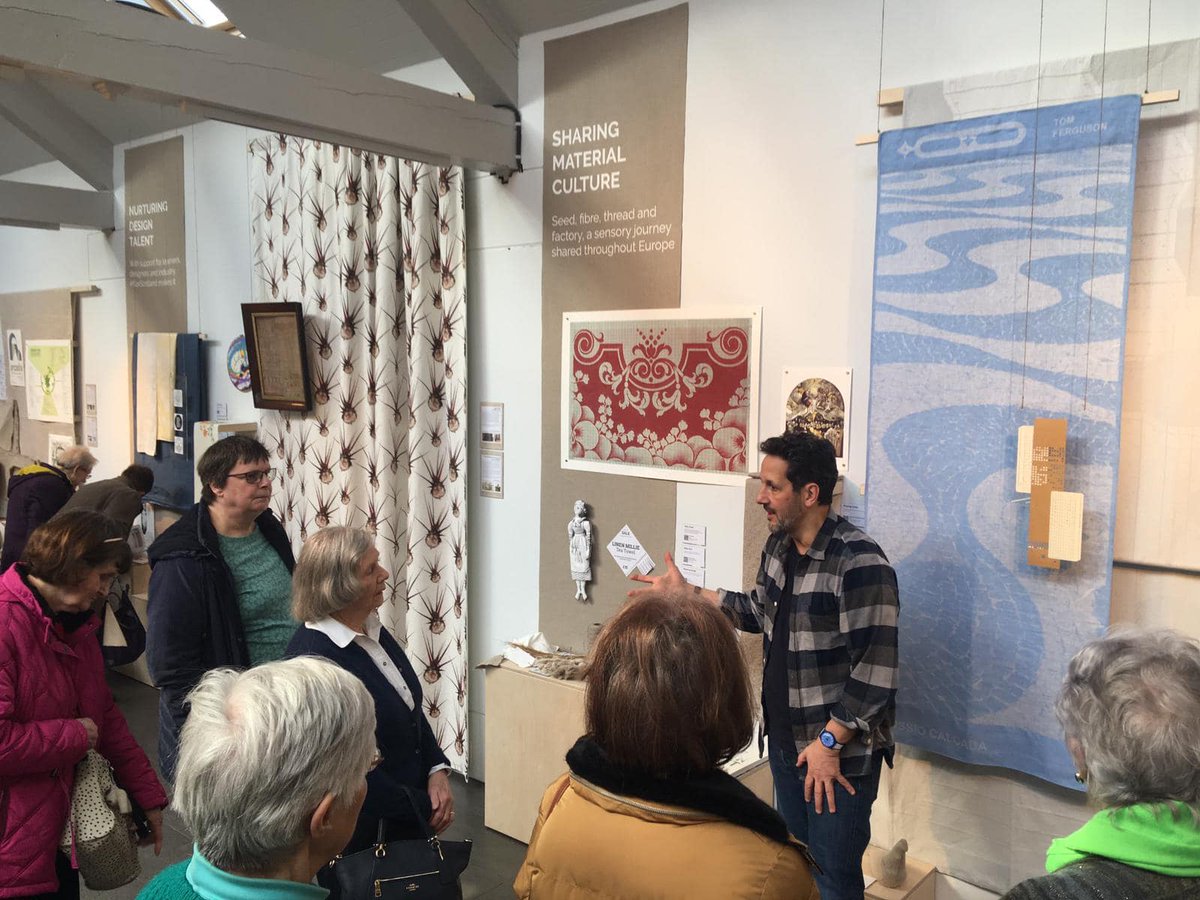 A pleasure to reconnect with this cracking group, two of whom visited our first Our Linen Stories exhibition in May 2018. (1/2) #OurLinenStories #JourneysInDesign @craftscotland @ThelmaScotland https://t.co/hxghLYCizB
View on Twitter 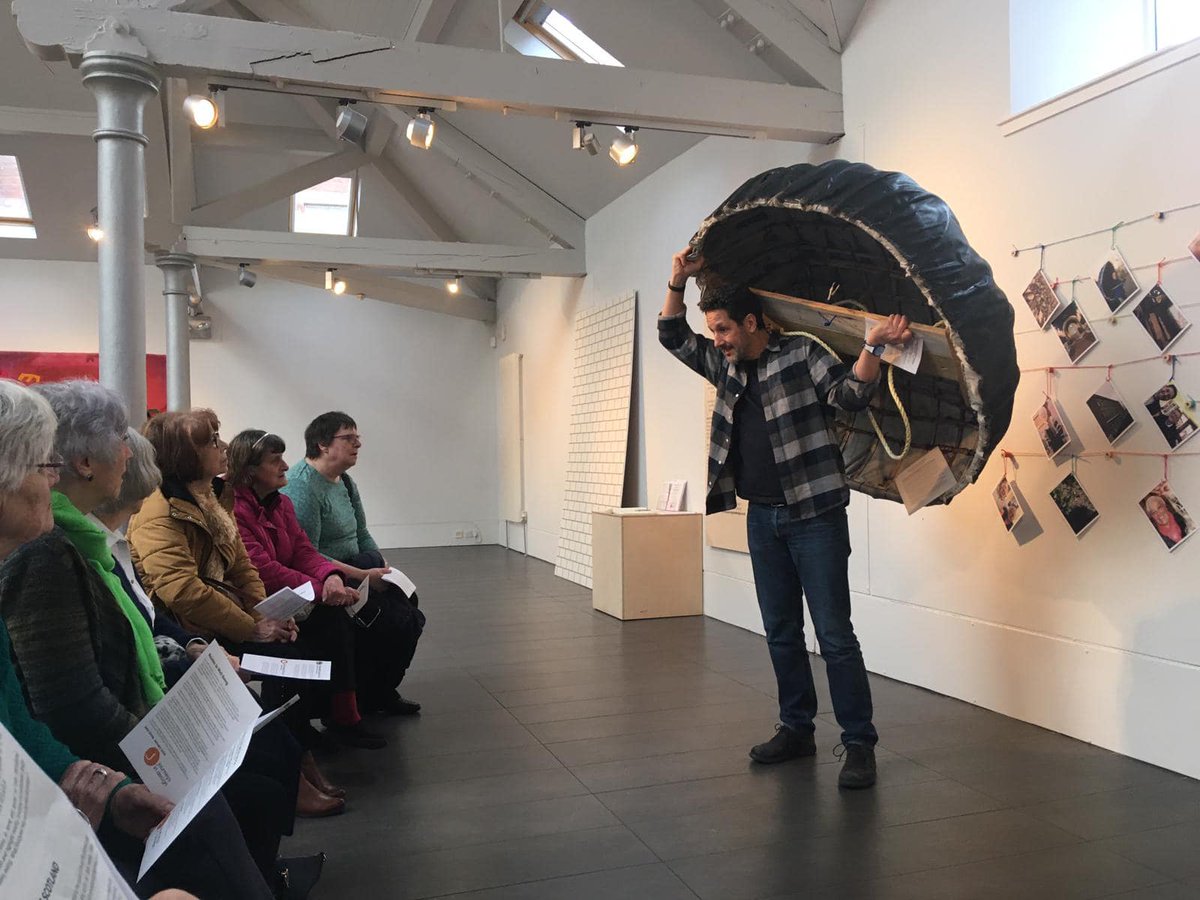