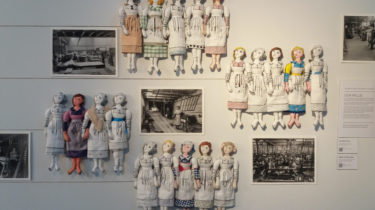 A linen tea towel tribute to working women of Scotland and beyond.

Linen mill workers – ‘Millies’ – formed the backbone of the first industry to emerge from Scotland and Ireland and much of Europe: hard-working, multi-tasking and super-skilled. At the peak of linen trading in the early 20th century, tens of thousands of women were employed to support the economy of a continent. Though a tiny fraction of jobs persist, many of us have a Linen Millie amongst our families or those of friends.

Journeys in Design commissioned illustrator Sue Shields to create a tea towel tribute to these working women. The design includes a cut-out pattern and instructions to assemble a Linen Millie doll, a focus for crafting skill and memories old and new.

The prototype pattern was displayed during the 2018 visit of Our Linen Stories to Lisburn in N.Ireland and the first doll was created by designer Sue Shields in time for the 2019 revisit to Lisburn at the Irish Linen Centre in May 2019; Lisburn Museum gratefully accepted a Linen Millie into their permanent collection at this time.

A special display comprising 18 individually made and marked Linen Millies was created for Our Linen Stories Exhibition and Events series in Edinburgh at Dovecot Studios  in September 2019. ‘Oor Millie’ is a nod the famous Scottish comic strip character ‘Oor Wullie’. The Millies linked in groups much as they might have done on exiting the factory after a long, tough day at work. Journeys in Design is very grateful to the women from Scotland and N.Ireland who offered their maker skills to create such a varied first display of Millies.

Journeys in Design called for your help to expand our display, honouring the key role of women working in the textile industries. Your response during the Covid 19 lockdowns and beyond was phenomenal, so much creative energy released by your making and story telling. Our 2020 pop-up displays in R-Space Gallery in N.Ireland and Kirkcaldy Museum in Scotland can be viewed on our Events page. Fifty two dolls made it to Kirkcaldy and more Millies joined the troupe by the week.

Journeys in Design inaugurated Scotland’s first Flax and Linen Festival in 2021 and Making Millie took center stage in the Flax Festival Exhibition at Stocks Warehouse, a former linen works in Kirkcaldy. The striking original images of Millies at work in the very building in which the dolls were displayed made for a powerful statement and many former Millies offered their stories during visits to the Festival.

It was an special honour to feature a band of 18 Linen Millies from Shrewsbury Flax Mill Maltings – an extraordinary and detailed piece of research and making and a creative expression of shared heritage with our  special ‘cousin linen town’ in England. 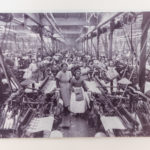 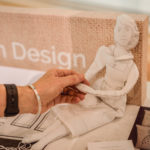 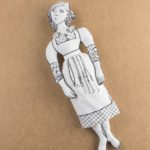 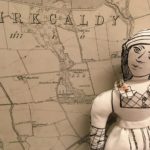 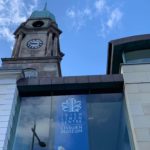 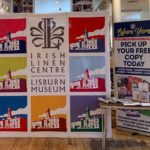 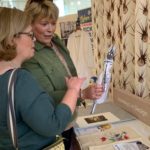 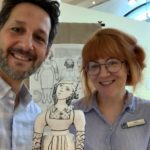 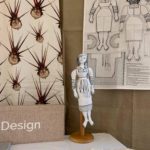 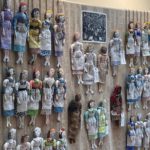 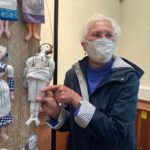 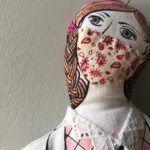